skip to main | skip to sidebar

Hey chicks and dudes, we know we've been gone a while, we're sorrrrrry, but absence makes the heart grow fonder and all that jazz so judging by how long we've been M.I.A, you lot are gonna really love us now.

Anyway, back to the point, now that we're back in the game, we're on the lookout for a BRAND SPANKIN' NEW EDITORIAL TEAM. Right now, we're looking for editors across the following areas:

Fashion
Culture
Arts
Music
Beauty
Technology
and all the other kinds of bits and pieces that fancy mags write about. 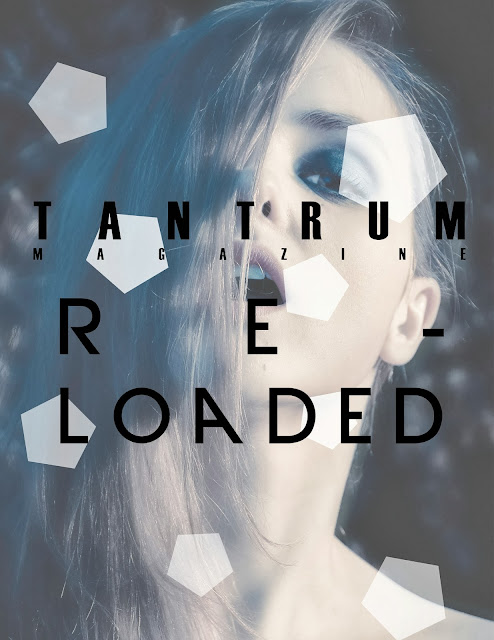 We're not necessarily looking for people with heaps of experience (although we wouldn't turn our noses up at that either) We're just after cool cats with a ton of passion, dedication and enthusiasm that want to be part of the Tantrum team.

We're currently based in Glasgow, Scotland, but will accept applications from individuals based anywhere in the world to contribute remotely.

For more information or to be considered for a role with us, send all your questions/ CV's and links to work along with a cover letter detailing why you want to be part of our gang over to info@tantrummagazine.co.uk*

We're so totally looking forward to hearing from y'all.


*currently, the positions on offer are voluntary. We'd love to pay y'all in real hard cash, but until we start making enough dollar to do so, all we can offer you is experience, candy, a rad bunch of 'work friends', freebies and all our lovin'. Ain't that enough?!
Posted by Nav at 22:06

So Friday's finally hit, and you're looking for a way to spend your night. Well, if you're cinema bound, Tantrum has one serious recommendation - Rush. 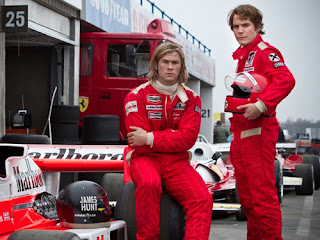 Telling the story of the rivalry between Formula One drivers Niki Lauda (Daniel Brühl) and James Hunt (Chris Hemsworth), the film is two hours of these well woven characters and their stories, from their first meeting at a Formula Three race to their final showdown in Japan.

The film is based on a true story - but as we went into it only armed with the vaguest knowledge of Formula One, we can't attest to just which parts have been fabricated for your viewing pleasure.

Luckily, viewing pleasure leads us nicely on to the topic of a pleasurable degree of nudity and a not so pleasurable degree of gore. The nudity is pretty much strictly PG - and we're pretty sure that things were a lot wilder in the 70s than that. The gory parts are probably personal taste, but for us, tubing down a throat and an exposed shinbone were enough to have us squirming in our seats. That being said, we're not telling you just who gets injured.

If you can't wait for the movie, you have Wikipedia.

Stellar performances from the two leading men can't quite hide the fact that any of the female characters could be replaced with an attractive lamp without affecting the story - but to be honest, we weren't expecting anything else from the film. The story is focused on the rivalry between Hunt and Lauda, and the character development, especially of Lauda, is well worth a watch.


The action opens at the end of the 1976 F1 season, and the race to become World Champion, with most of the rest of the film explaining the story leading up to that moment, one which began six years previously. F1 scenes are balanced with a great degree of personal development - although the time jumps do mean that occasionally there will be a blink and you'll miss it moment, leaving especially the relationships the two men have feeling a little empty.

The balance between off track and on track scenes is perfect, and when you're listening to the roar of the engines, turning through the corners with the drivers, you'll find yourself sitting forward in your seat as you race for pole position, we swear. Not only that, but there's a nice montage in the middle which moves the action along, recapping what you need to know about the intervening races.

A highly enjoyable film, and one which had us itching to get behind the wheel and pretend we were driving the Nürburgring, we can't recommend Rush more.

While we recognise that there are other cinema chains out there, we can reveal that Odeon cinemas are running a preview of Gravity before showings of Rush.
Posted by Tantrum magazine at 17:17

Stop the presses! Well, we've always wanted to say that, but in this case, we've got breaking news. The line up for the 57th BFI London Film Festival has just been announced, and it's set to be an event to remember.

With 234 fiction and documentary features, along with screenings of 134 live action and animated shorts, there's a lot to take in - so we've compiled our list of things we're more than a little excited about for your pleasure and convenience. 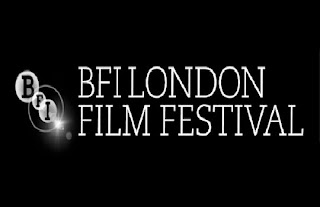 The crown jewels of any film festival, this year's LFF is set to run a Tom Hanks double bill to open and close the event.

Opening with Captain Phillips and closing with Saving Mr. Banks, we take the journey from a hijacked container ship to the world of Walt Disney and P.L. Travers - not a trip many make, but we'll be interested to see what the outcome is.

What can we say, we're big fans of anything with 'gala' in the name apparently. With six principal galas in this category, there's a lot to watch out for, so here's the CliffNotes version...

Here at Tantrum, we're a big fan of shorts. After the success of The Lion at Edinburgh Film Festival (and yes, we'll go on about that short until the whole world has seen it), we're addicted to finding the next big thing - and letting you know all about it.

With everything from London Calling, featuring local filmmakers, to the Love Will Conquer All programme, exploring affection, the BFI LFF is set to cater for your short attention span and capture your attention all at once.

With last year's triumph of Silver Linings Playbook still ringing in the ears of all of those brave enough to take the plunge, we can't recommend picking up a ticket to see the Surprise Film more. Come on, in this day and age, a little mystery is a good thing - and definitely unique. Take a chance and you might just see the next big thing before everyone else - what more could anyone want?

Finally, we come to an excellent project showcasing a few restored cinematic triumphs. The strand also launches BFI's exploration of the dark heart of Gothic film (which regular cinemagoers might have seen the trailer for) with La Belle et la Bête, which Tantrum is extremely excited about! It's an impressive list of newly updated cinematic riches and it's well worth watching. You heard it here first.

The 57th BFI London Film Festival runs from the 9th-20th of October, at a number of London cinematic venues. Tickets will be available from September 20th.
Posted by Tantrum magazine at 23:01

Everyone loves the Sims, right? From the very first buggy, freezing original Sims game to the flawless Sims 3, we've all become addicted to the rare sensation of absolute omnipotence.

With a 2014 release date, the Sims 4 is liable to gave us hanging on the edge of the latest Sims 3 Expansion Pack (Sims 3 Island Paradise, by our reckoning) - but will it be worth it in the end?


Well, firstly, it's looking like omnipotence just became a whole lot more user friendly. It looks as though the consequence driven gameplay, introduced in the latter Sims 3 expansion packs, will continue into Sims 4, extending into wider society.

Not only that, but extended body customisations - from changing relationships to choosing your Sim's walk - should mean that your game plays exactly as you always imagined it. Well, if you were power mad, that is. 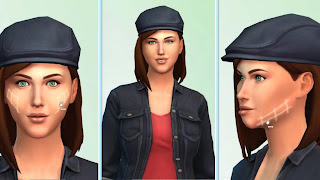 Build mode seems to have been optimised too, with the ability to click and drag rooms - useful if, like us, you tend to end up running out of room and creating a long corridor of a bedroom.

The thing we're most curious about right now is the relatively high pre-order price. £54.99 ($69.99) would buy us quite a bit more than one game; in fact, right now, it would buy a few Sims 3 Expansion packs. Right now, we're not seeing any massive changes that would justify the hike in price.

Still, there's a long time to go. Maybe future developmental bulletins will shed some light on just why you should break the bank for another Sims instalment. Then again, do any of us really need a reason?
Posted by Tantrum magazine at 19:00

Tantrum has never been shy about our love of animation. From The Lion at Edinburgh Film Festival to Despicable Me 2, there's something about animation which appeals to us on a number of levels.

Some of you might have already watched Adventure Time With Finn and Jake, while for others it might be something which has been merely an edge of consciousness thing. Either way, here are five of reasons you should sit down and watch from the beginning. 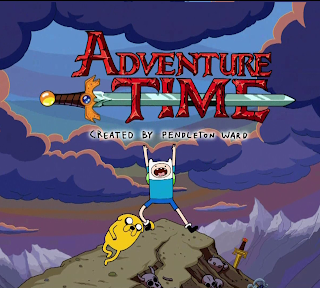 1. Not Just For Kids

A lot of the time, we're guilty of seeing animation and thinking that it's not really 'appropriate' for an adult. Well, Adventure Time is proof that that just isn't the case. Instead, the show has a whole host of well handled, simply worded messages for adults too. Dealing with everything from death to sexuality, the show manages to be entertaining and meaningful without slipping into preachy - something which many apparently 'mature' shows struggle to manage.

2. Jake the Dog and Finn the Human

Our main characters - and while it might not seem that groundbreaking, a boy and his dog as the leads, we think Adventure Time has managed a spin on the old cliche. Finn isn't just a human, he really is 'the' human; the last of his kind. Think Doctor Who, only with more ass kicking, less angst, but the same amount of running. Plus, with Jake being the little (or big, depending on whether he's stretched out or not) ball of yellow sass that he is, things are never boring.

How often do you see strong female cartoon characters? Especially in a show whose primary premise is the rescue of princesses? Well, this is a first for us at least; and it works. Princess Bubblegum is the queen supreme, giving the orders and working on her own science projects, Marceline the Vampire is an ass kicking mystery, and Lumpy Space Princess has survived being homeless and estranged from her family with... well, if not with good grace, at least with a great degree of fortitude. More characters like these please, TV shows.

Having spent the past week of work singing the inexplicable-out-of-context 'Daddy, Why Did You Eat My Fries', we can attest to the fact that the songs in the show are addictive. There's not a big production made of them - and generally, no one sings without good reason to. This isn't Glee, people.

5. All The Cool Kids Are Doing It

Okay, so it's not a legitimate reason, but it's true. We're all about individuality, but Adventure Time's cult following is well-earned. This time, follow the crowd. You can thank us later.

Posted by Tantrum magazine at 22:59

Tantrum Magazine is the smell of petrol, the feeling you get when un-boxing a new pair of shoes, knotted hair and heels that are too high. The way you act when you're around your best friends, Slushies with a vodka kick, torn t-shirt dresses that you've worn for 3 days straight. Fortune cookies and tequila. Heartbreak, lust and teenage angst.

Tantrum Magazine is explosive imperfection and we wouldn't have it any other way. It will rip you to shreds, in a good way.

P.S. Find us on tumblr, or say hello!

Promote your Page too

D'ya wanna be in our gang?


You can also link to us using this button: